Skip to Content
Home / Leisure / Dead Bird Omens: What Does a Dead Bird Symbolize? | According to Spirituality

Not so long ago, our ancestors looked to Nature for insights into the times they were living.

They believed that natural cycles reflected human life, so they would carefully observe wildlife events and animal behaviour and find some connections with their own human experience. Eventually, these interpretations would pass on to the next generation, helping them avoid past mistakes.

In this context, birds were taken in special consideration. Across the world, very different cultures, from Celts to Native Americans, considered birds to be the messengers from the gods, or mediators between humans and the spirit world. Because of their ability to fly and see beyond human perspective, birds have been used as a metaphor for the soul in Christian and Islamic writings. Moreover, in Egypt, some gods were depicted as humans with bird heads. Not just in the past but still even today, wings are widely associated with spiritual nature.

These traditions have led some people to wonder whether there is a spiritual meaning behind some unusual appearances of birds that they experience. And if there is one in particular that raises special concerns, that is encountering a dead bird, more so if it happens repeatedly.

Many assume this is a bad omen, a sign that “something bad” is about to happen. But, is that the case? What does a dead bird truly mean? In this article, we will explore various beliefs and superstitions surrounding the symbolism of dead birds.

Dead bird Omen: Are they a sign of transition?

Most of us will agree that running into a dead animal is never a pleasant experience. That is probably why some people get scared when they stumble upon a dead bird, seeing it as a symbol for something negative in the near future.

But truth is, associating death with negativity is something quite recent. In folklore traditions, death is merely seen as a transition, a process where we shed what no longer serves to make room for the new. So, from a spiritual perspective, a dead bird is not considered to be a bad omen, but rather a sign of change and renewal.

According to these traditions, the type of bird and where you found it can give clues as to what it is exactly that you need to let die to give way to a new beginning. I have gathered the meanings for the most common birds and places according to these superstitions, hoping this will shed some light on your personal interpretation:

Various Dead bird Omens with respect to the type/color of the bird:

White birds are seen all around the world as symbols of purity and peace. Thus seeing a dead white bird could represent the loss of something very precious to you or a conflict that is about to arise in your life. What were you thinking in the moment you run into the bird? Are you about to make an important decision? The underlying message is to remain true to yourself, no matter what.

Black is the color of the unconscious, of the unaware. Thus a dead blackbird is a spiritual representation of some unresolved tension within you that requires your attention. So, are you holding on to something that is hurting you? Calmly take some time for introspection and pay attention to your dreams.

These birds are a symbol of communication. So it is a belief that seeing a song bird’s death is an omen relating to one’s communication. Ask yourself, Are you afraid to share your thoughts? Is there a lost connection that you wish to restore? So, Dare to speak up now.

Deeply revered in Native American culture, hummingbirds represent joy and freedom. Finding a dead hummingbird could mean that you need to regain your appreciation for the little pleasures in life. It could also imply that you are ready for commitment.

Various Dead bird Omens with respect to the place, and the way they have died:

I have already discussed what death of some common birds represent, now let us move on and see the different dead bird omens in relation to the place and the way they have died.

‘A dead bird at your property’ symbolism:

If you find a dead bird at your doorstep or in your yard, it means change is coming to meet you and you must be willing to receive it. Implementing new habits, such as listening to different music or choosing a different route to work, can help your mind prepare for the new that’s coming.

The death of a bird after Impacting your window:

If a bird drops dead after hitting your window, then it spiritually symbolizes that you are facing an obstacle in your life, and that must be removed. What is it that is coming in the way of your goals? The change you long for will require a sacrifice on your part.

Dead bird symbolism if it dies Inside your house

Your house represents your inner world, so when birds come into your house uninvited, it is usually regarded as a need for introspection. If you find a dead bird, it’s calling your attention to a transformation process that is taking place inside of you. You are called to release what is no longer serving you, and finding peace within yourself. What do you need to let die?

As some beleive, a dead bird does not mean something bad is going to happen; it just means that something in your life is coming to an end and will only be painful if you choose to resist.

This event is an opportunity to reflect about the changes that are happening around you and inside yourself. So, acknowledge your emotions and prepare to release the old skin. It’s an excess baggage for the next part of your journey.

Did you come across a Dead bird?: Watch This Eye-opening Video on Spirituality and Manifestation

Isabel is a certified transpersonal astrologer who completed her Bachelor's degree at Universidad Carlos III de Madrid. She then joined in the transpersonal astrology course at Sermasyo school thus learning several deep concepts about energies, signs, planets and many more. She is currently an experienced astrology/spiritual writer who regularly writes about various spiritual topics under the pen name Fini. Isabel loves giving speeches and regularly shares astrology and spirituality articles on her blog astrologiaseria.com 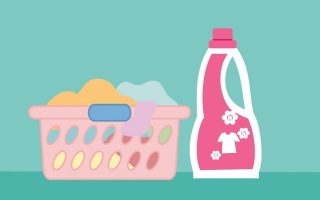 Can You Wash Clothes Without Detergent? 10 Ways You Can Do Washing Without A Laundry Detergent 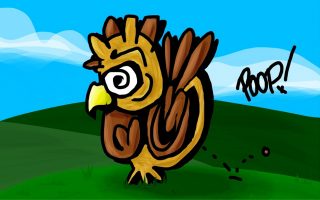 What does it Mean when a Bird Poops on you? Is it a sign of Good luck? 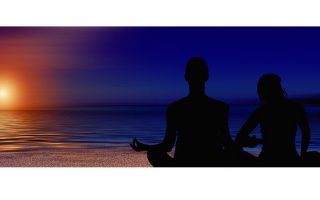 Everything to know about the Twin Flame Meditation